Having discovered oil under the iced continent of Antarctica, Chile and Britain form a treaty to recover it; however, Argentina, through the use of an intelligence agent, wants claim to the oil also. A battle ensues. A submarine, questioning of priorities and values, professionalism of the modern warrior and spirituality all contribute to an energetic climax.

A PENNY FOR MY THOUGHTS:
Surprisingly, I found this book excellent in many ways even though it was out of my normal genre of books. Full of intense drama, mystery, battles, tension and high emotions, this story kept me reading until I finished it. Don Brown revealed truthfully the human element of modern pressures associated with war. Though not knowledgeable of Navy information, the author did such a thorough job of setting the scene and explaining the necessary principles that I followed the story seamlessly. As the third installment in the Pacific Rim Series, this book read smoothly as a stand alone as I am not familiar with the other books in the series. Having read Storming the Black Ice, however, I will definitely return to the previous selections in the series to read. 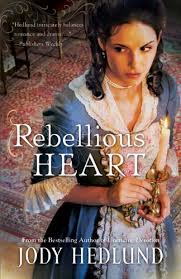 Susanna Smith, daughter of a minister and his wife, lives a comfortable yet controlled life. When she meets Benjamin Ross, a man of few means, she realizes he will never be accepted by her parents as a suitor. Involved in his own adventures, Ben quickly becomes an advisor to Susanna as she becomes involved in a dangerous situation concerning a runaway indentured servant. Rebellion and revolution soon result to all that once was believed and held true…

A PENNY FOR MY THOUGHTS:
Inspired by the early courtship of the second President of the United States and his First Lady, John and Abigail Adams, Rebellious Heart weaves suspense, adventure, and romance together all while staying true to Christian values. I was excited to read another novel by Jody Hedlund and this story did not disappoint at all. I found I could not turn the pages fast enough; the action and drama were captivating! Cover-to-cover, I thoroughly enjoyed this book and was only sorry to finish it. Congratulations to Jody Hedlund on an absolutely enthralling read! 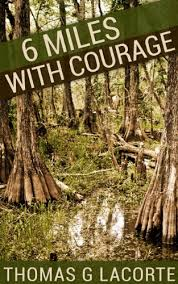 Spiders, monkeys and alligators…oh my! Rob and Ryan Sykes, a father and son, fly out over the Florida wilderness to celebrate Ryan’s 18th birthday. When an unexpected BANG! occurs, a quick decision must be made. Heading out into the cypress swamp, Ryan soon discovers he is not alone. Garnering his faith in God along with unwavering courage, the 6 mile trek is begun…

A PENNY FOR MY THOUGHTS:
Though out of my comfort genre of historical fiction, I found this adventurous, suspenseful novel to actually be quite engaging and heart warming. Through some unexpected endangerment, the author leans strongly on faith development within his characters. Though I was totally new to the environment of the Florida wilderness, the author took the time to act as a guide; thus, showing his vast and extensive knowledge of the subject. (He worked in the Florida wild as a land surveyor for 40 years.) Overall, I enjoyed this debut novel and await more journeys. 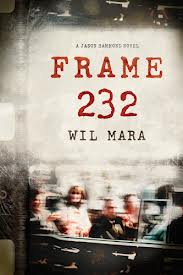 Sheila Baker inherits a recording of the Kennedy Assassination that has the potential to change her life. The recording has the possibility to incriminate a new suspect – a suspect that does not wish to be found. As a result, Sheila and her new friend, Jason Hammond, are launched into an adventure that places them in heart-pounding peril.

A PENNY FOR MY THOUGHTS:
Wil Mara sends his reader into a mysterious adventure that results in white-knuckle-grip tension. The fast paced action is most prominent in the middle section of the book. A strength of the book is the evident research that was part of the book’s creation. Mara artfully weaves essential pieces of history into the novel that provide information the reader must understand; yet, that history appears in such a way that does not result in fragmented transitions. In an interview with Mara, the research that was part of the book’s creation is revealed:

HOW MUCH RESEARCH DID YOU DO FOR THIS PROJECT?
An unbelievable amount. I spoke with assassination experts, read literally hundreds of books and articles, pored over countless photos…you name it. My goal was to write a fictional story around the established facts rather than alter the facts to serve the story. Thus, I had to know pretty much everything. I ended up loading my brain with more data than I really needed…but I didn’t mind.

Another strong point of the novel is the apparent Christian faith that runs throughout the storyline and into the character’s lives. In an interview, Mara commented on this aspect of the novel:

WHAT ROLE DOES YOUR CHRISTIAN FAITH PLAY IN YOUR WRITING?
It is embedded throughout this story, in a fashion both subtle and direct. I was raised Christian and have been a firm believer all my life, so my belief system is threaded into just about everything I do. Anyone who carries even the most fundamental faith will recognize the important elements in this book. The most obvious example belongs to the main character, who recurs throughout the series he is suffering a deep crisis of faith, and the core of that crisis should be familiar to even the most devout follower. We are human, plain and simple, and as such we experience doubts about the Lord in our lifetime. So it won’t be hard for anyone to connect with him.

DESCRIBE THE ROLE OF FAITH PLAYS IN YOUR MAIN CHARACTERS, SHEILA BAKER AND JASON HAMMOND.DOES THIS CHANGE AS THE STORY PROGRESSES?
With Sheila, you’ve got a very goodhearted person who is experiencing a critical change in her worldview. She is coming out of the ‘money is the most important thing in the world’ phase and beginning to understand that there are much higher priorities. This isn’t to say she’s trumpeting the virtues of poverty (She still understands that it’s important to live within a certain comfortable and respectable standard). But she’s figuring out that money isn’t what a person should worship, it’s something altogether different. And there is a traceable and, I think, very satisfying arc to her story in this regard.
As for Jason, he suffered a tremendous loss years earlier, went through a protracted nightmare period, and is starting to come out of during the events of Frame 232. An encounter with a very unlikely source helps him to turn the corner and begin a path to renewed promise but even so, the journey ahead is going to present serious challenges for him. The good news, though, is that he has not abandoned
The good news, though, is that he has not abandoned the Lord altogether. If he had done that, there wouldn’t be any conflict within him in the first place.

Readers who enjoy Mara’s mystery that delves into the unsolved queries of the past, will look forward to the next novel in the Jason Hammond series that will be available in the summer of 2014.